This series is produced during 2008. It is strongly inspired by my trips to Europe which have marked my mind with places and communication habits. The omnipresence of computers, mobile phones, tablets are for me a great opportunity for lovers to exchange feelings and emotions.

There is a magic in the air which makes it full of messages and vibrations. The reference to famous landmarks such as Taj Mahal, Eifel Tower or the Statue of Liberty express my perception of the global culture and background for Love. I visited many of these landmarks and monuments. I replace some of the traditional attributes of Hindu Goddesses such as Laxmi or Sarwasti with the modern tools of knowledge and financial power. Lotus, clubs, bows are turned in mobile phones and computers who are transforming the Love and Power game. I like also to mix East & West references because the deep cross-fertilisation between Asian and European culture is a fact of my personal life.
Read more 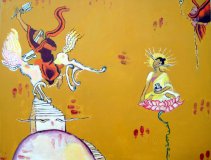 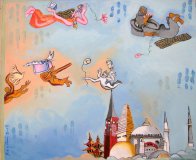 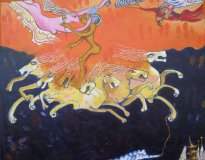 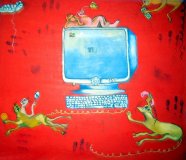 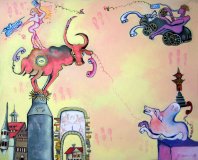 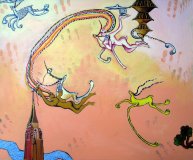 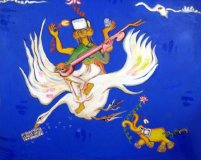 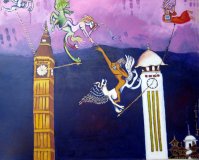