I created this series from 1999 to 2000 after sharp turmoils in Nepalese politics when democratic practices just started after a long struggle for democracy. Unfortunately for ordinary Nepalese, the newly elected politicians did not behave perfectly. The Sungur ko mukh ma Syau ( Apple in mouth of pig ) with Nepali cap shows how proudly and arrogant a Nepali politician could be. This painting is now in the collection of the Fukuoka Museum, Fukuoka , Japan .

The chain of corruption shows the cycle of bribes and kickbacks. The series brings also other subjects as Shadow of Love and Women Power that are parts of my own odyssey…Love, power and politics…..
Read more 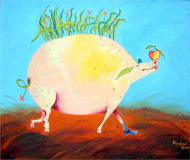 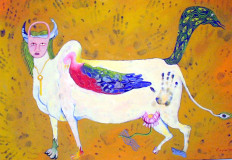 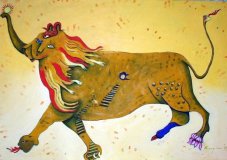 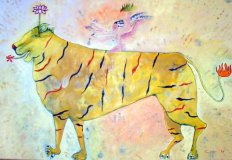 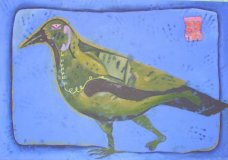 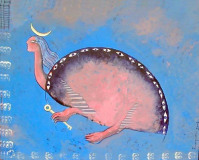 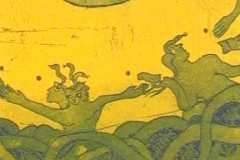 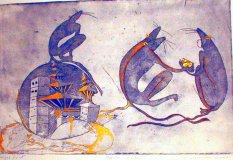 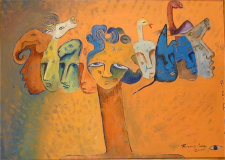